Oakland, FL (August 04, 2011) – Nick Anglada Originals is at it again with another appearance on Velocity’s (formerly Discovery HD) ‘Café Racer’. This week Alonzo Bodden’s Café Fighter Ducati 1098, resurrected by Nick Anglada and his team after a crash at Buttonwillow raceway, is featured. You’ll get a behind the scenes look at Nick, his team and a close up look at this throwback masterpiece. Check your local listings for air times. Click HERE or the image below for a preview of this week’s episode. 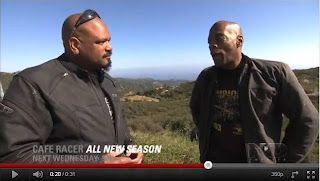 Also keep an eye out for Alonzo’s Ducati, pictured below, in this month’s issue of Cycle World Magazine. A lot went into bringing the incredible Café Fighter to life. Sponsors for the bike include DoubleDog Moto, Bazzaz Performance, Driven Research, Carrozzeria Wheels, Beringer Brakes, and Speedymoto. You can find parts from these companies and true Nick Anglada Originals at http://www.NickAngladaOriginals.com/shop/. 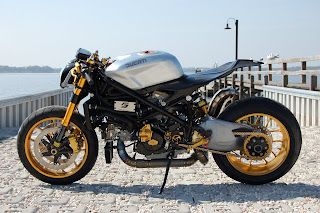 Along with the exciting new features Nick Anglada Originals will also have its new t-shirts for sale this week at http://www.nickangladaoriginals.com/. Visit the site to keep up to date on the latest from the team and get up close and personal with Nick by listening to his latest podcast.
When asked about all the attention surrounding his latest build, Nick replied, “We are just excited to be working with some of the best in the business. Between building bikes for big name companies, Hollywood superstars and working with our incredible sponsors, Nick Anglada Originals has really been able to make its mark on the custom bike industry in the last few years. We feel extremely blessed.” 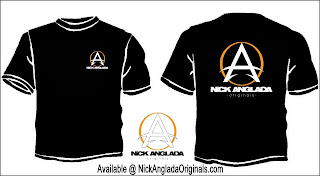 Nick Anglada Originals is based in Oakland Florida. Nick has been designing and building motorcycles since 1998. Originally focused on sportbikes, Nick Anglada has moved beyond that genre to embrace new brands, new models, and new customers. Anglada’s work with major endemic and non endemic brands such as Yamaha, Suzuki, Famous Stars and Straps and LRG has garnered him major media exposure across the globe. With over 16 magazine covers worldwide, Anglada has been featured on television shows such as Speed’s Superbikes, Discovery HD’s Café Racer and ESPN2’s Metric Revolution. Nick Anglada Originals was founded in February 2009 as premium brand targeting high profile builds and customers.
Posted by nick anglada at 8:08 AM 3 comments: